A couple of months ago, both Microsoft and Docker announced the seamless integration of Azure Container Instances (ACI) and Docker CLI. As a container enthusiast, I had to look into this integration. I tested it in different scenarios to see how it could support me and increase my productivity.

tl;dr: The integration of ACI and Docker CLI is excellent. Once configured, I found myself spinning up numerous containers :). It provisions even multi-container applications based on Docker Compose. There is a downside. Pulling images from registries was slower compared to my local machine. Overall, I like the experience and share everything you need to know about it in this article.

Alternatively, you can log in using a Service Principal (SP). Provide the id and password of the SP using --client-id and --client-secret arguments when calling docker login azure

Once logged in, create a new context. The context is responsible for routing requests issued by Docker CLI to nodes or clusters. This context stores configuration data and sensitive information to establish a secure connection to the target (Azure Container Instances for this article’s scope).

docker context create is an interactive command. It guides you through the process of configuring a new Docker context.

Consult the official Docker documentation to learn more about contexts in Docker.

You can run any container in ACI at this point. For example, let’s fire up a tiny web application that returns some contextual information about the execution-host.

It took roughly 30s to spin-up this container. However, remember what happens behind the scenes. Docker establishes a secure connection as specified as part of the Docker context. It instructs Azure’s ARM API to create a Container Group. It pulls the desired container image, allocates a public IP address. Finally, it launches the container with specified port forwarding.

Verify that the container is running (docker ls) and browse the application using the public ip address.

We published port 80 of the Docker container to port 80 of the public ip address (acquired by Azure itself). Publishing a container works like a charm. However, port mapping (changing the port number while exposing) is not supported.

Use Docker volumes in ACI

Real applications have to persist state. You want to store the state always outside of the container-filesystem. When working with ACI, you can use Azure Files (part of Azure Storage Accounts) as volumes.

Having the volume in place, we can run stateful applications in ACI as shown in the next section.

Multi-container applications in ACI with Docker-Compose

You run multi-container apps with Docker Compose also in ACI. Docker Compose reuses the Docker context. That said, everything you need is a docker-compose.yml that describes a multi-container application. As an example, we will run WordPress in ACI. This configuration of WordPress uses MySQL to persist state. Use the volume we created in the previous section to offload the state to the Azure File Share.

Execute docker compose up (notice the new docker CLI sub-command to start a compose file -> no dash between docker and compose).

Now is a excellent time to grab a coffee or tea. Starting both containers took about 2 minutes for me …

… you are back with some hot coffee or tea? Awesome! Check if the containers are running (docker ps). Access the public IP with your browser and verify that your WordPress instance is waiting for you.

If you are done with blogging, you can delete both containers with docker compose down and the underlying volume with docker volume rm acidockerstorage/aci-test-volume.

When running multi-container applications in ACI, you can request a custom DNS name. To be more precise, you instruct Azure to link a subdomain of azurecontainer.io to the public IP address of the exposed container. The FQDN always follows the schema yourdomain.region.azurecontainer.io.

Adding the domainname property to the wordpress container in the docker-compose.yml and assigning letstryaci as value results in letstryaci.westeurope.azurecontainer.io.

Note: You can only assign one domain per docker-compose.yml.

ACI is cheap when executing short-lived containers. That’s what it is designed for. However, running containers 24/7 on ACI is - compared to other hosting capabilities in Azure - a bit too expensive. Don’t forget to track the forecast for your monthly Azure costs.

Double-check your Azure subscription after removing an ACI context. Docker CLI will not delete running container instances. At least that was my experience.

I use ACI regularly and like the experience. It’s great to have a lightweight (read: serverless) approach besides Azure Kubernetes Service. However, keep in mind that pulling the container image to ACI can take some time. That said, it is great for jobs and tasks when the bootstrap duration is not critical.

Seamless integration with Docker CLI is a huge benefit and will drive the adoption of ACI. 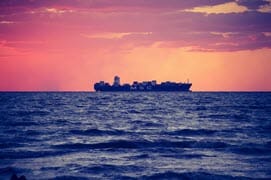 ACR Unleashed – Use ACR As Registry For Helm Charts

Enter your email address to follow my blog and receive notifications of new posts by email.